Home
Treadmills
Kids and Treadmills: How to Keep your Child Safe

We have talked about the many benefits of having a treadmill in the comfort of your own home before; however, there are certain safety considerations that you need to need to take into account if you have children.

In this post, we are going to look at how to keep your kids safe on a treadmill and the tragic Pelaton case, in which a young child lost their life after being pulled under the machine, and advise you on how to keep children of all ages safe if you have a treadmill in your home.

Can children use a treadmill?

I have shown both my children (7 and 10 years at the time of writing this!) what a treadmill is and have let each of them have a try on it. My daughter was more interested than my younger son and has since had a couple of walks and light jogs on the machine.

I would never let them use it without me watching them though.

From talking to them and observing them around the treadmill, I think they see it as more of a big toy and something new and exciting to play with.  They are especially attracted to the moving belt, the controls and all the bright flashing lights.

After they had got bored of walking, they both wanted to sit on it and do the kinds of

What kind of accidents can occur with treadmills and children?

If you have children, you know that accidents can happen seemingly out of nowhere, without anything especially dangerous being present. Children can and do fall of just about anything and hurt themselves. My son once fell 1 foot from a bed and broke his arm.

As a parent, you’ve probably got your own horror stories to tell!

Imagine the damage they could do with a treadmill.

Running machines have been involved in accidents with children with anything from a bump, abrasion all the way up to the loss of life.

As well as falling from the machine, getting serious skin burns it’s possible to be pulled under the belt of some machines despite having safety features.

Are some treadmills safer than others for kids?

To the best of my knowledge, in all the years I’ve been reviewing and testing treadmills, there’s very little information I’ve read on each treadmill on how safe it is for children. Whether you go for the cheapest brands, or the bigger, more well-known running machines, there aren’t any that are safer than others with regards to children.

Some frightening facts about treadmill injuries in children

What went wrong with the Peleton treadmill? 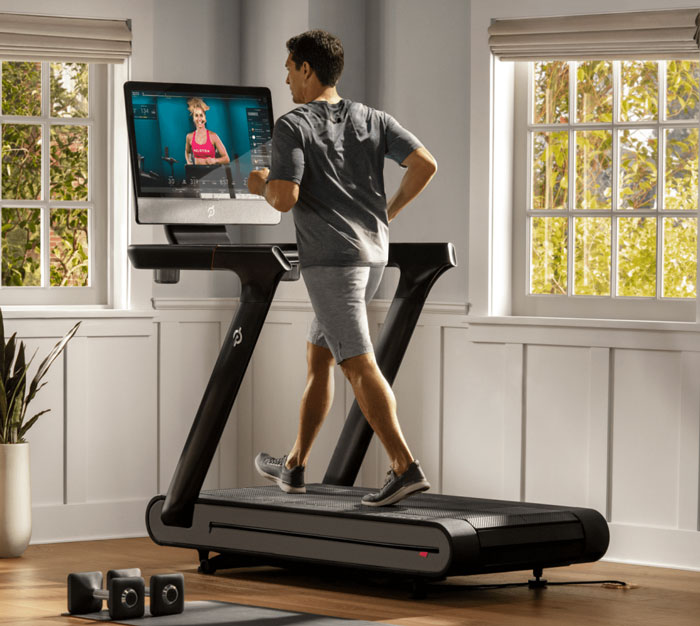 The US Consumer Product Safety Commission recently stated that the Peloton Tread+, one of Peloton’s flagship products, is unsafe for use in family homes after dozens of reports of children, a pet and even adults becoming trapped underneath the machine, with one tragic incident leading to a child losing their life. As a parent, this is a chilling story that immediately calls into question the safety of all treadmills.

Looking at the Commission’s statements and Pelaton’s responses, it does seem that the majority of injuries were sustained through improper use and that Pelaton’s inbuilt safety functions had not been activated.

In other words, the children were unsupervised and/or playing with the machine. If we also examine the circumstances of the reported cases, the parents could have taken more steps to prevent the child from becoming injured.

For example, there was one case of a child becoming injured while an adult was using the machine. The child became trapped from the rear of the machine, meaning that they must have been behind their parent and put their hands on it.

This goes to an important point: it is not enough to be in the same room as the child and the treadmill, ‘supervision’ requires active attention to be paid to the child’s safety. The same responsibility applies to pets, especially dogs as they tend to be drawn to treadmills more so than other types of pet.

Safety concerns for the under 7s 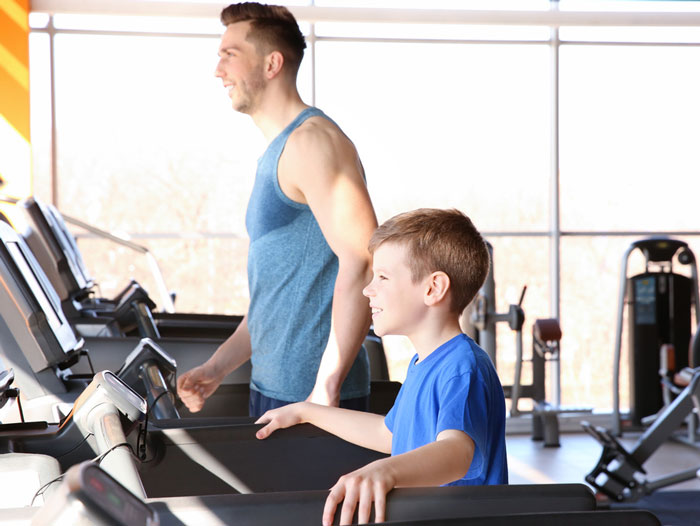 Young children require constant supervision at the best of times. Throw a treadmill into the mix and you had better grow eyes in the back of your head.

These machines are enticing to curious little ones, who do not understand the danger that they can pose. However, the treadmill is not the only piece of potentially dangerous equipment in your home – ovens, washing machines, driers, even baths, can all be deadly if a child is playing with them.

The answer is very simple: never leave your child alone on the treadmill. Do not have it in the sitting room or playroom or rec room, where you are inevitably going to allow them to play alone.

Put your treadmill in a lockable room. You must also ensure that all safety features are activated. Most treadmills will come with some kind of child lock…use it! Do not simply unplug the machine.

Teach your child about the treadmill

Importantly, have the child in sight at all times, so that they cannot go behind you and touch the running surface as this is what causes children to become trapped underneath.

If the worst happens, treadmills have emergency stop buttons/cords. Make sure that your hands are always free when using your machine so nothing slows down your reflexes in an emergency.

Can teenagers and older kids use a treadmill safely? 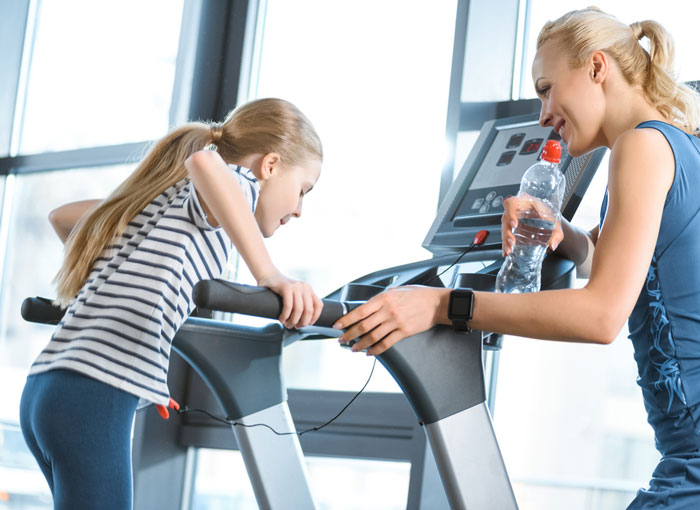 Older children are a bit easier because you can explain the danger to them and, if they are reasonably sensible, they will stay away.

Talk to them about the Peloton cases and tell them the truth: a child died and others were injured. Hopefully, this will be enough to stop them from recklessly messing about with the treadmill.

The bigger concern with older children (teenagers especially) is that they will want to use the treadmill. They will understand that playing with the machine is dangerous but think that using the machine to run is safe.

There is no ‘right’ age to start using a treadmill, but certainly, no one under 16 has a need to. If your child wants to be active then there are other ways to encourage them.

Should I get rid of my treadmill?

There is no need to get rid of your treadmill to keep your children safe.

Restricting their access to the machine and ensuring that they are well warned about the potential dangers will be enough. Anything can be harmful if used improperly so the thing to do is to set appropriate boundaries.

Take steps to keep children away from your treadmill when you’re not there.

And be very wary if you’re using it while they are in the room as this is one of the most common ways children are injured.