Can the Lumen really help you hack your metabolism and lose weight?

Health and fitness is 75% what you’re putting in your mouth, so anything you can do to help you balance your diet and stack the odds in your favour is a huge deal.

Enter the Lumen, the latest gadget that promises to help you hack your metabolism and shift the weight, with less effort on your end. Sounds too good to be true, right? Thing is, unlike most miracle cure-alls, the Lumen might actually have some merit to it.

What is the Lumen?

At first glance, Lumen itself is a simple gadget.

It’s a small, cylindrical device that looks classy and modern. Off of its charging deck, it sort of resembles an alcohol breathalyser, with a space at one end to breathe into, and a large single button.

In all honesty, the device itself is pretty simple, because most of the magic happens in the companion app. The app works with Android and iPhone, and it’s well designed, with dozens easy to read, attractive articles, and a whole bunch of sample meal plans and other data based off of your personal readings.

It’s these meal plans that help to change your metabolic state, encouraging your body to shift into a fat-burning mode.

So how does it work?

How does the Lumen give you your data? Simple. 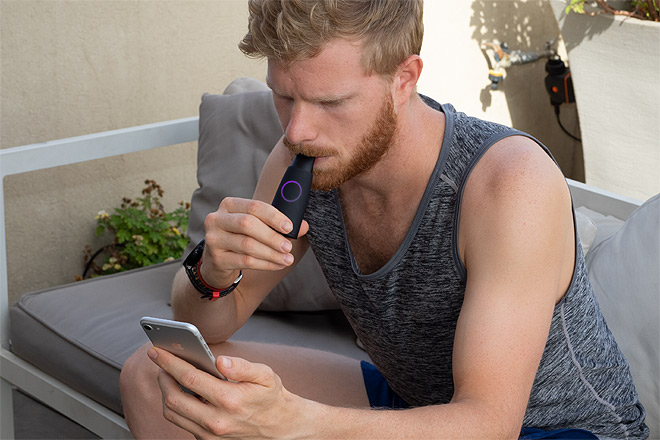 By breathing into the Lumen, it measures the CO2 concentration in your breath. By measuring this, it can check what your body is primarily burning.

According to Lumen themselves, the device is scientifically proven to accurately measure metabolic rate, and it’s comparable to the gold standard of metabolic measurement, respiratory exchange ratio (RER) resting, used in labs and hospitals.

What’s the story behind the Lumen Tracker?

If anyone was going to come up with a handy gadget to improve your health it would be twin sisters Merav and Michal Mor. Both high-performance atheletes in the ironman event and phds in physiology.

Their idea was to make tracking your metabolism cheaper and easier than was currently possible and the idea resonated with a lot of people, raising over £1.6 million on IndiGogo. It was backed by over 7500 people and fully funded on 30th August 2018.

When you first take your Lumen out of the box, you’re going to need to download the smartphone app and pair the device to your phone. Even though the Lumen system is full of high tech sensors, it’s the app that actually does most of the heavy lifting. 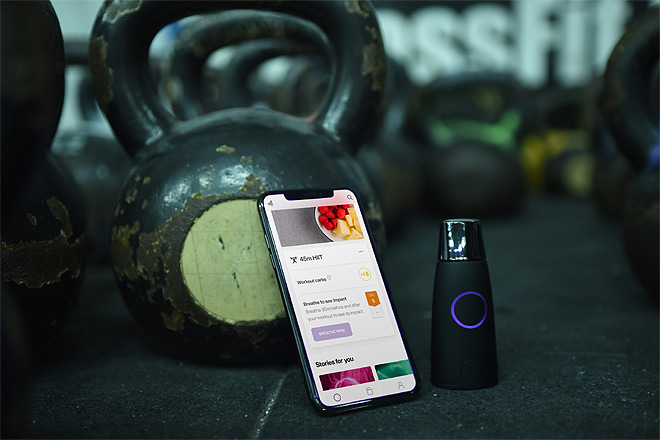 Lumen at the gym

Once everything is set up, the app will guide you through using your device for the first time. Actually using your Lumen requires learning a precise breathing pattern that requires a ten-second breath pattern.

The app itself will teach you how to breathe using a simple visual interface that shows you when you should be breathing in and out.

At first, this can take a little getting used to, as the app is incredibly sensitive. Inhaling or exhaling too fast or too slowly will prevent the Lumen from reading your CO2.

This is a good thing, as it speaks to how accurate the Lumen actually is, but it can also be a pain, as it means something simple like jogging up a flight of stairs can affect your reading, and that’s something you need to remember.

How do you use the Lumen tracker?

You’re also expected to perform 2 or 3 readings every time, for accuracy. Once you get the hang of things, this won’t take long, but early on it can be another irritant. Still, done correctly, the whole process will only take a minute or two.

When you’re done, the app outputs a score between 1 and 5. This tells you where your body is that day. 1 to 2 means you’re in the fat burning zone, 4 to 5 means you’re burning carbs, and 3 is somewhere in the middle.

You’re expected to take your first reading within half an hour of getting up. This, to use the language of the device, ‘unlocks your day.’

In simple terms, this means that the app has analysed whether you’re burning fat or carbs, and gives it the data it needs to start making recommendations. The app will also analyse how you slept, whether you worked out in the last 24 hours, and how many steps you took.

Using all of the data, you’re then given a customised meal plan for your day, which recommends portion sizes, macros, and even specific meal ideas.

What can the lumen breath analyzer of this do for you?

After 4 weeks of using the app and hopefully following the diet plans, Lumen says that it can improve your ‘metabolic flexibility.’ This means you will have improved your body’s ability to switch between ketogenic (fat burning) and glucogenic (carb and sugar burning) modes.

After that first month, your lumen device gives you a Lumen Flex Score, a rating between 0 and 21. This rating tells you how flexible your metabolism supposedly is, which basically tells you how easily your body can shift between burning fat and carbs. 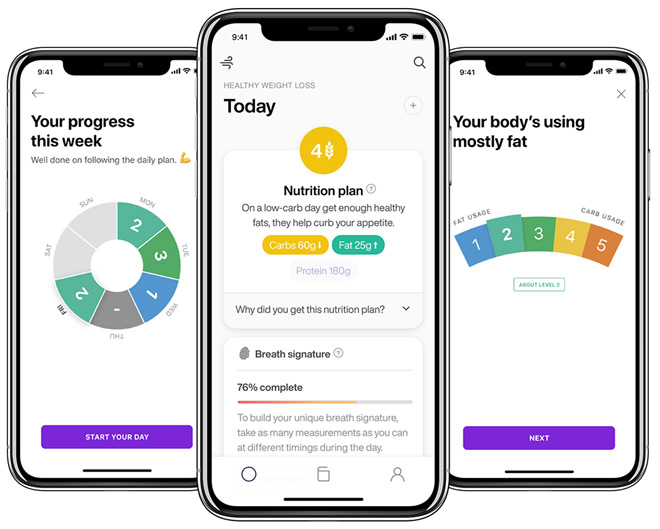 Apparently, by increasing your lumen breathalyzer Flex score can also help you with insulin sensitivity, with managing blood sugar, and with more fat burning in general.

In essence, Lumen’s app works like having your own personal nutritionist. But instead of monitoring what you’re eating and recommending changes, it looks at your CO2 production, and makes recommendations based on that.

In truth, there is no hacking with the Lumen. It’s not going to rewrite your genetics or cause you to magically start burning fat like you’re a hibernating bear.

Instead, what it offers is the ability to be completely aware of what you’re eating, with an itemised score that helps you stay on top of your diet and metabolism.

When it comes to health and fitness, the old adage of ‘what gets measured gets managed’ stands true. It’s so much easier to make a change when you’re actually aware of what you’re doing and how it affects you. The Lumen gives you the tools to do that, in a relatively simple and effective way.

We’re not going to lie. The first few weeks involve a lot of busywork. You’re going to be taking readings a lot, with the expectation that you use it when you first wake up, after every meal, and before and after workouts.

But once the first month is out of the way, you’ll only be using it a couple of times a day, and one of those will be soon after you wake up, so it quickly becomes routine. Once you get the hang of using it, the benefits provided by the Lumen soon outweigh the couple of minutes it costs to sit down and take your readings.

The Lumen could also benefit from a set of smart scales, which can give you an accurate reading of your body composition, including total fat and muscle percentages.

How much does lumen metabolism cost?

Lumen currently costs £299 in the UK and you can buy it directly from the Lumen website. There’s a 30-day money-back guarantee and there’s often little deals such as buying 2 and getting 10% off the price. You will of course also need a smartphone or tablet to use with it. Check the latest price on the Lumen Metabolism Hacker here.

Downsides of the Lumen

We’ve already mentioned the stringent timing that the Lumen asks of you, so out of the gate, this isn’t going to be useful to anyone who doesn’t already have some self-discipline.

It’s also worth pointing out the price. The Lumen isn’t cheap, especially for what you get in the box. But the value is in the data and the app. Weighed up against a personal meal plan drawn up by a nutritionist or a trainer, it’s actually reasonably priced.

There are a few things in the app that we’d like to see and felt conspicuous in their absence. A food log or tracker is the obvious one, and more non-diet related metrics would be awesome. Things like sleep tracking and workout plans would supplement the step tracker that’s already built-in.

It’s worth pointing out that the device is still in its infancy. The app itself recently paired with Garmin for more fitness data. This is a good sign, as it shows that Lumen are expanding, and we’d expect expansions to the app, and pairing with more manufacturers like Fitbit and Apple watch, soon.

The Lumen isn’t a magic bullet that’s going to strip fat from your frame and turn you into an Adonis overnight. But then, nothing is.

It takes time and dedication to get fit and healthy. The simplest way of doing that is to actually track your habits and become aware of how much you’re exercising, sleeping, and eating.

Right now, the Lumen offers data that nothing else on the market can give you. The nutrition plans are exceptional, and people are seeing real results. If you were considering hiring a nutritionist anyway, it’s a no brainer, and for anyone else who wants to start seriously tracking their diet, the Lumen might just be the next big fitness revolution.

Find out more about Lumen Here