Home
Fitness Tech
Are Fitbit Scales Worth It?

If you haven’t heard, just weighing yourself in 2022 isn’t the best way to improve your physique and get in shape. I’ve no idea where these smart scales all came from but they’re all over stores like Amazon. Obviously, Fitbit (the fitness tracker company) have their own scale in this market. In this guide, we’re going to answer the question: are the Fitbit scales worth it? We’ll cover what they do, what they’re good at and where they fall short.

What are ‘Fitbit Scales’?

For anyone new to smart scales and wondering what it’s all about, here’s a quick rundown on what this gadget does.

Fitbit’s scale, currently the Aria Air (available on Amazon) is a highly accurate, sleek and stylish glass-topped bathroom scale that at first glance doesn’t appear not much different from any other. Like any bathroom scale, you step on it and it records your weight.

The difference with this is that it’s a smart scale. 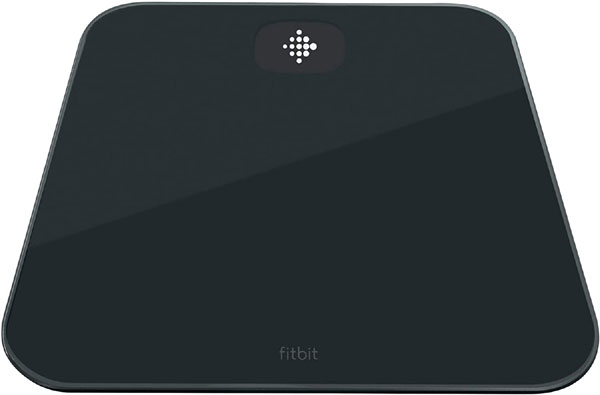 The Fitbit Aria 1,2 and 3 series of scales offer an accurate and simple way to track your weight over time. But are they worth it?

Using Bluetooth, it’s designed to connect any Fitbit tracker (including any existing Fitbit watch) or to a smartphone running the FitBit app (available on Google Play and the Apple Store). Once you’ve set up the connection over Bluetooth, you can log and sync your weight with the app. This gives you much more meaningful data to work from than simply your weight.

Other family members can have their own Fitbit app and use the scale too. One of the best things about this is that there’s nothing to set up for each user. The scale will detect a new person has stepped on and get them set up automatically.

These scales are definitely worth it for anyone who doesn’t like to set things up too. Once the app is installed on your phone the only other thing you have to do is step on the scale and follow instructions.

What’s the benefit to using a Fitbit scale like the Aria Air?

So what’s this scale going to do for you and your fitness. And do we really need to bring the smartphone into every aspect of our lives? Here are the main benefits of owning the Fitbit scale so you can decide if it sounds like it’s worth it for you.

Are Fitbit Scales worth it?

Tracking progress you make when you’re trying to shed a few pounds or get rid of a lot of excess weight is an essential part of the process. In a recent study, researchers found that logging weight using digital technology like apps helped reduce weight.

While keeping track of the pounds you’ve lost is nothing new, with people manually recording their weight in written notes and journals, it’s a lot easier to just step onto the Fitbit scales and have them do that job for you.

Keeps you on track

It’s also very helpful to see your progress mapped out over a longer period of time, rather than stepping onto your scales and seeing a short term increase, which is normal. Using Fitbit scales are worth it because you’ll see your progress over time and the odd blip in either direction won’t affect your overall progress.

What do Fitbit scales tell you?

While these scales are often listed as being ‘smart’ and indeed they do link up to your smartphone, their job is solely to track your weight and log it with the Fitbit app.

Do they work without the app or a Fitbit tracker?

Yes. Although it’s not terribly clear from the product images, the scales do show your weight at the top, just like any other scale, without having to connect with your app. However, if you’re not planning to use either a Fitbit app or device with these scales, they’re not really worth it. You’re paying extra money for something you don’t need.

Are they better than regular scales?

There are definitely cheaper smart scales

How do they compare with other smart scales?

So what are Fitbit’s scales like vs. the plethora of other fitness scales out there?

What are some of the drawbacks to Fitbit’s Aria scales?

If you’re trying to work out if it’s worth buying some Aria scales, it’s only fair we look at some of the downsides and problems you might face if you go for them.

Here are the main issues with Fitbit’s scales, although some of these complaints could be levelled at smart scales in general!

Issues connecting and syncing – one of the issues you’ll see a lot of people posting about on places like the Fitbit Aria Scales forum are to do with connecting or syncing info between the scales and either the app or another Fitbit device.

Like most tech, it’s great when it works but a pain when it doesn’t. There are a number of reasons someone could suddenly start to experience connection issues. Resetting your WiFi connection can be a temporary fix.

They’re more expensive than regular scales and some other smart scales – If you’re not bothered about buying ‘no brand’ gear, you can get away with paying less than half the price of a set of Aria scales. Something like this scale, on Amazon, is far cheaper and still have app connectivity and even measure other things like BMI and body age stats. 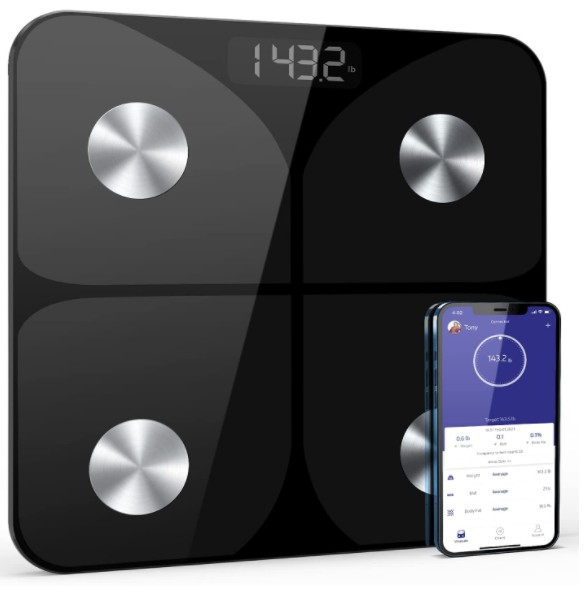 A cheaper, competing smart scale to Fitbits on Amazon.

They’re slightly larger than other bathroom scales – OK, a super-nit-picky point here but these scales do come in larger than most scales, at around the 30cm x 30cm mark. That’s around 2cm extra per side. Having said that, it would be hard to find a better-looking scale. The Aria scales are extremely good looking and have a high quality feel.

Conclusion: Are the Fitbit scales really worth it for you?

You can get some big-standard (no pun intended) scales for a fair bit cheaper than the Fitbit fancy smart ones. But really you’re doing yourself a disservice and you’ll only be saving around £30.

Unless you’re dead set on checking your weight without keeping track of progress, splashing out a few pounds extra on the Fitbit scales is definitely a good investment, especially if you’re looking to get in shape and use them for your fitness.

They’re easy to use and, barring any connection issues, make for a quick and simple way to track your weight loss progress over time. Doing so should keep you motivated and actually help you hit your target.